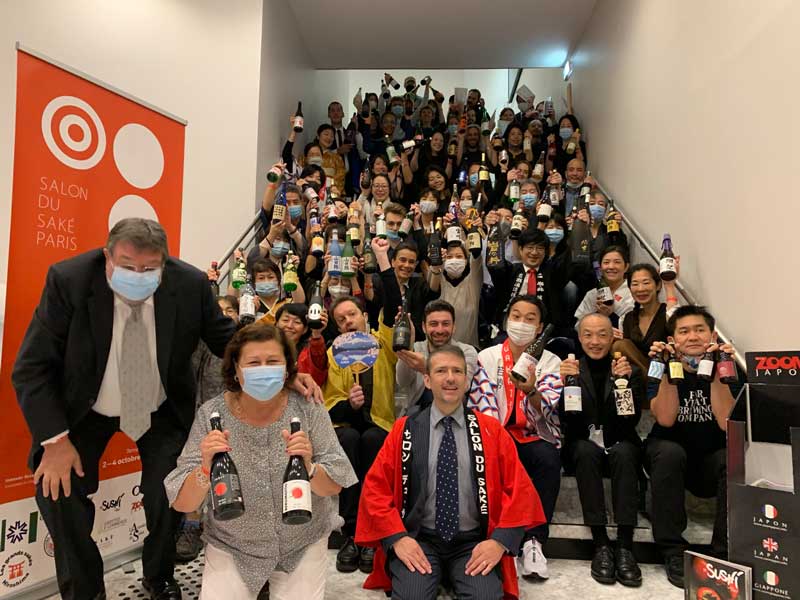 The 2021, Seventh “Salon du Saké” European Fair for sake and Japanese Beverages, October 2, 3 and 4, Paris:
Placed under the the “Innovate in the face of unprecedented challenges” theme and taken up with great success

The 7th “Salon du Saké” European Fair for sake and Japanese Beverages closed on October 4 after 3 days of high participation by all the trade players; this event resumed after the postponement of the 2020 Salon due to the pandemic. The unexpectedly high attendance came as a very pleasant surprise for everybody and its success exceeded substantially all expectations.

Indeed, the professional players in the beverage, food and gastronomy, restaurant and catering, and in the wholesale and retail sectors came in much larger numbers than anticipated, a year after the postponement of the 2020 Salon. The “Salon du Saké” is definitively a very well established, must-see event by now. Actually, a large number of exhibitors had to rebuild their stocks (among them some as early as by the end of the first day); and the organizers of the Salon had to set up waiting lists for the programmed conferences and tasting workshops.

Hence, this 7th “Salon du Saké” closed with big smiles and a warm applause by all the exhibitors, even though it was somewhat reduced in scope because a number of Japanese producers were unable to travel. Yet, the participation was both sustained and qualitatively elevated, and a fairly large number of commercial deals were concluded…and even a record level of sale was achieved by the exhibitors who chose to propose all or part of their selections for sale at their stands.

In 2021, notwithstanding the sanitary constraints and the fact that a large number of Japanese producers were unable to travel from Japan, 3,352 visitors from 27 different countries , including 76% of professionals out of this number (an increase from the 2019 66% level) and 24% of individual visitors. The international professional dimension and orientation of the Salon of the Sake over the years has been anchored on a steadily rising trend, and has allowed the trade to find out good connections for pursuing its rapid in development in Europe.

The 20 events, conferences, master-classes, tasting workshops were fully subscribed and at an impressive speed, some of them in less than 24 hours! The professional visitors as well as the general public greatly appreciated the food and sakes pairings that were proposed for the 2021 Salon which were centered on perfect egg cooking, caviar, chicken “teriyaki” and the traditional Japanese bakery “wagashi” and usual great dishes and delicacies that have always been in very high demand and are from now on the must-see cheese and sake pairings.

The master-classes, reserved to the professionals, have allowed them to discover or deepen their knowledge of the Japanese regions, the new geographic denominations that have recently been put into place in the Rising Sun country, and also the diversity range of traditional spirits such as the Shochu and the Awamori as well as all the potentialities offered by the sake to promote innovation and client loyalty.

This year, as in previous years since 2017 the visitors were invited to proceed to a vote about their preferred or love at first sight sake as well as their preferred bottle for the design and esthetic look.
As a result of their votes, three types of awards were given, with the following winners:

We would like to extend a big big Thank you to all the participants, producers and exhibitors, who came to exhibit 126 brands spread over 28 stands, including 4 Prefectures as Official Partners of the Salon, namely Hokkaido, Hiroshima, Saga and for the first time Okayama, as well as to the 3,352 participants who have contributed to the success of this 7th Salon du Sake in a lively and warm atmosphere that also turned to be conducive to quick business resumption. 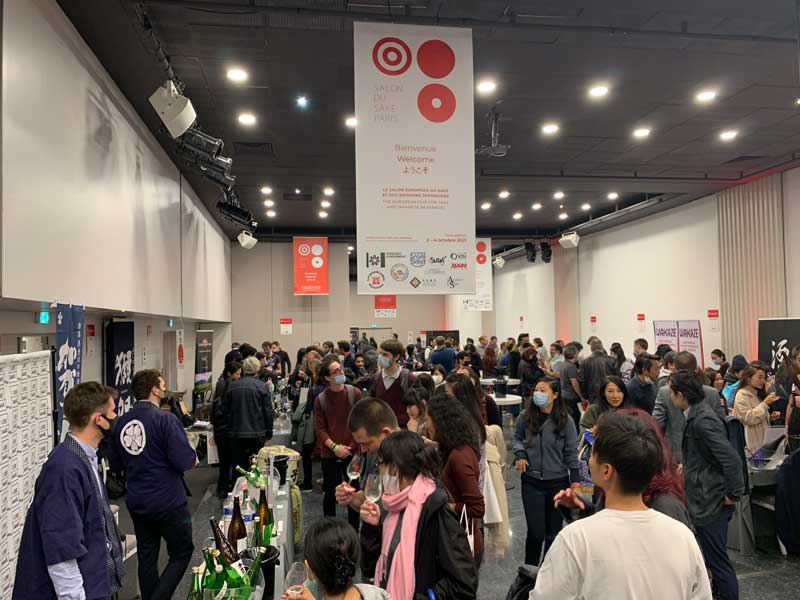 This success is a testimony to the vigor of the demand for sakes and Japanese beverages in France and in Europe, where imports doubled over the past five years!

Let’s meet again in force at the next, 8th “Salon du Saké” European Fair for Sake and Japanese Beverages already scheduled to take place on October 1, 2 and 3, 2022 in Paris.